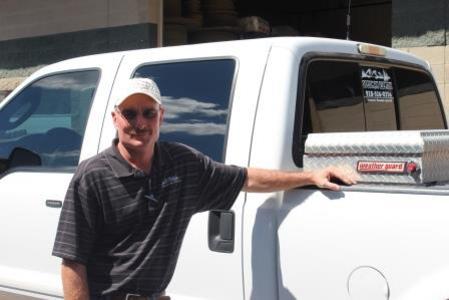 Scott started his electrical career in 1986 with an apprenticeship in Colorado. He attended Mesa University's Highline School (high voltage certified to 69K) in Grand Junction, Colorado. Scott became a journey man in New Mexico in 1989 and in Colorado in 1992.Since he started working with Goodman Electric in 1993, Scott has supervised large projects such as Joycone, Northern Arizona University's Performing and Fine Arts building renovations, Flagstaff Medical Center (multiple projects), Rinker Materials (multiple Projects), and bureau of Indian Affairs (multiple projects), just to name a few. In 1995, he was promoted to Commercial Superintendent where his responsibilities are overseeing all aspects of the company, including scheduling, safety and quality control, and insuring that field operations have the needed supplies, manpower and expertise to handle all aspects of a job. In addition to his work with Goodman electric, Scott has also taught in the electrical apprenticeship program at Coconino Community College, and he is on the Advisory Board for Northern Arizona Electrical Contractors Association. With Scott overseeing field operations, clients are assured that their projects benefit from an industry expert who knows how to bring jobs in on time, on budget and to the owner’s specifications.